Skip to content
Previous
Next
Westie ReHoming is a charity dedicated to the welfare and rehoming of the West Highland White Terrier. We take in westies needing a new start in life for whatever reason and place them into a suitable home where they will be loved and have their needs met. We have a holistic approach to rehoming, encompassing many perspectives, although the westies’ needs always come first.

Airidh - THE REASON IT ALL BEGAN

Airidh (pronounced ‘Arry’) joined our family here at ‘Westie ReHoming’ at the age of four; sadly at the time he was destined for destruction by another charity. Airidh and too many like him are our ‘raison d être’ and this lovely lad more than justified our faith in him over the next eight years, proving to be a loyal, loving companion with a wonderful zest for life and a wicked sense of humour. He enjoyed real quality of life until he left us suddenly and all too prematurely. 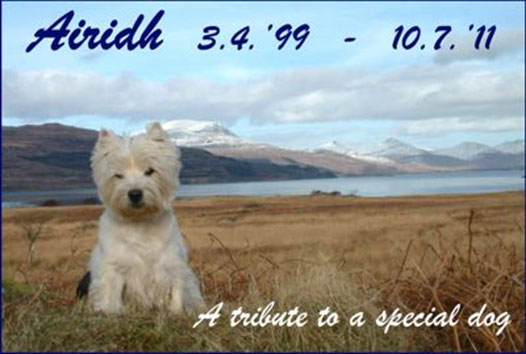 To ensure that all Westies in need (whatever their pedigree/disability) receive the care most appropriate to their circumstances and to raise awareness of West Highland White Terrier welfare.

Introducing two of our special rehomed westies, MacDuff and Daisy.    These lovely illustrations of them were drawn exclusively for Westie ReHoming by Tamsin McGeown and will be used on occasions to promote the charity’s work. THESE LOVELY WESTIES  ARE ALREADY VERY SETTLED IN THEIR NEW HOMES but we have others that need a loving home.

DAISY  came to us as an ex-breeding bitch with her three very young puppies from a puppy farm. A very sweet little girl, she was extremely timid when she arrived but soon learned from the resident westies that this wasn’t such a bad place to be. She was uncomfortable with people that she didn’t know, but is now a delightful little girl, and very friendly with people once she gets to know them. She has gone from strength to strength, gaining weight and condition and was neutered when the time was right, so no more puppies for Daisy!

MACDUFF joined us in tragic circumstances after his owner suffered a cardiac arrest at home alone. It was a few days before he was found, and this poor boy had stayed by him in a state of shock. He was removed from the house by a neighbour who contacted us as she couldn’t care for him with four cats living in the house. Poor MacDuff was very troubled and was very reluctant to leave his home and his master. It took a while before he accepted that he wasn’t coming to take him home, but then he turned the corner and is now happily settled with a lovely couple.  Cases like his are always very upsetting, and we are left wondering just what it must have been like for him in those  early days.

All calls to this number cost 6p per minute plus your phone company's access charge. 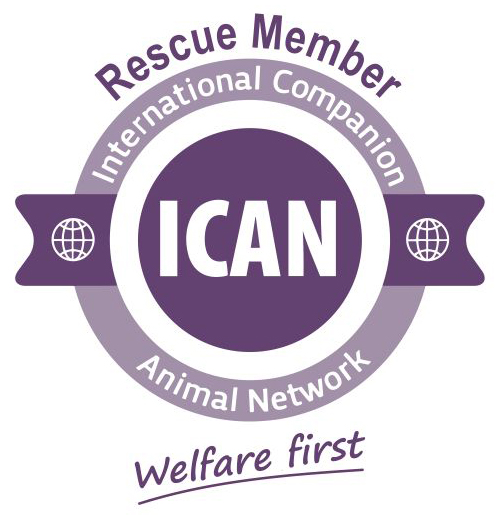