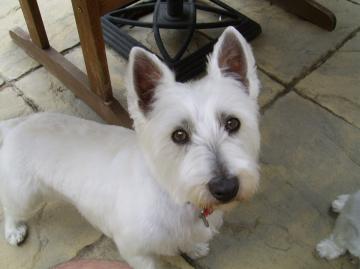 … full of life and so affectionate

Working as a helper for ‘Westie Rehoming’, I was contacted back in August 2005 to collect a 1 year old from a home in Lincoln.

His name was Ben. I collected him on the Friday and I was asked to look after him overnight.

Foster careers were going to collect him on Saturday and take care of him until a suitable home could be found for him.

Now Ben had an effect on me the minute we met. He was full of life and so affectionate. All he wanted was fuss. Bringing him home, he sat on the back seat and just looked out of the window, not a care in the world, the perfect passenger.

Once home, he was introduced to Molly, my other Westie. She went to him and after a good sniff from each other out into the garden they went. Ben explored and Molly followed him, before long they were both running around, playing.

Then something very strange happened.

Molly went to Ben and kissed and licked him, not once but several times as they played. That evening I called the charity and asked if I could look after him over the weekend? This was agreed and over the weekend, not only did Molly and Ben’s bond grow stronger, but so too mine. It was also clear that this little man had some serious behavior issues. As I found out later, Ben had been being left all alone for up to 12-13 hours a day. He had serious separation anxiety, he was so stressed that not only could I make my fingers meet as I put my hands around his waist, but if I fed him his meals, it would be coming out the other end like water straight after eating.

Over the weeks/months, it was clear that Ben was a people dog. All he wanted was people around him and if he was alone, he would stress out. Over the next two years most of his 6 or more behavior issues were no more, but there was still the peeing in the house and the stress, all be it, it was much better being left with just Molly.

When I got to know Ben in those early weeks/months I know I had someone very special in my life. His love for me was unconditional and no matter what happened in those early weeks/months, I was never going to give up on him. During 2009/2011 with both a messy divorce and me having to build up my business again, I had some of my darkest moments ever. So dark in fact that my mind set was in a very bad place.

Only Molly and Ben, as it was just us three musketeers now living in my caravan next to my work unit were keeping me going and me for them. We lived like this for two years. Eventually things turned around and I was true to my word for both of them, I was never going to give up on them. They got me through it all and I will be forever in their debt.

My current partner Chrissy came into our lives in 2011 and the three of us relocated to Hull in 2012 so we 4 now could be together. We have had some wonderful times, days out, holidays, lovely garden for Molly and Ben to enjoy. Ben loved his walks and he was tireless. We could be out all day, none stop walking, he would have his tea and then go to his toy box looking for his lion, sheepy, moose or whaley.

Our lives now were perfect. I was so happy that in their last years they would settled and contented.

In 2014 Ben became ill with his breathing. His condition was treatable, but not curable. Chrissy was his nurse. No expense was spared and her dedication was exemplary. He could not wish for better care and I could not wish for anyone more than Chrissy to be there for him. We still had some wonderful days out, but these were now restricted to short walks as Ben found it tough going.

As the weeks/months progressed his condition was gradually worsening and he was now struggling with his back legs. His joints were becoming stiff, but there were no signs of any pain. Chrissy did everything she could to make this better and I believe his no pain was down to her love, care and treatment.

On the week running up to 12th July 2015 his condition worsened further. On the morning of Saturday 12th July 2015 Ben could no longer use his back legs. Still in no pain and aware of everything going on, finally his body was giving up on him. At 8-8.30 we were both agreed that our vet should be contacted and asked to come and end his suffering. This we agreed while Ben still had his dignity and while he still had no pain.

We were all outside on the patio, Ben lying on his cushions, we sat around him, Molly mooching around, not quite sure what was going on. The birds were singing the water trickling from the fountain; it was so peaceful and quite. There was one point during the morning that Ben lifted his head, looked at us with his beautiful big brown eyes and his eyes said ‘I’ve had enough dad’

We had 5 wonderful last hours with our little man.

You have broken our hearts little man.
Thank you so, so much for being in our lives.
You will never be out of our thoughts and we will always love you 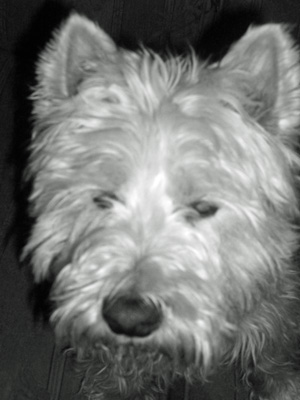 A real gentleman A real gentleman of a doggy who came to live with us in July 2010…………he gave so much albeit he was a diabetic and blind…………we shall miss he so much………….resting peacefully now. Christine Elderfield Buckinghamshire 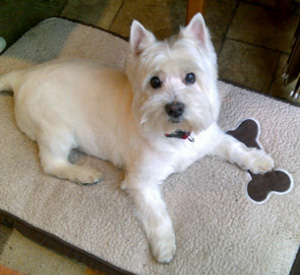 ……….. we miss him Sammy – our beautiful, funny, noisy, affectionate boy – we miss him. Shelley 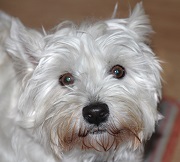 BONNIE left us April 10th 2016 It is with deep sadness we write to let you know that our beautiful Bonnie passed away after a short illness on the 10th April. We tried our hardest to save her but it was not to be. From the moment we had her from you she touch our… 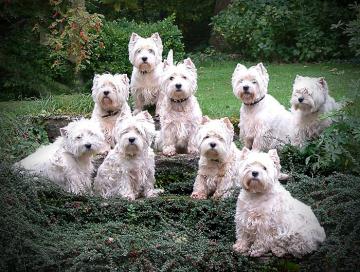 In loving memory of Ben, Fleur, Daisy, Lilidh, MacGregor, Campbell, Islay, Skye, Airidh, Stafainn, Fearghas Jasmine, Issie and Fraser ‘Na Mo Chridhe Daonnan’ This a video tribute to our beloved westies that have left us for a better world. Some of the content goes back almost 20 years, and it is compiled using basic equipment…

Scruffy 28/2/97 to10/12/10 The nearly 14 years that we had with him were times that we will never forget, he brought us so much joy & pleasure. The decision to let him go was extremely hard but we couldn’t bear to see him suffer any more. Night night little man, sleep tight little man, for…