‘E’ is for ADDITIVES – You are what you eat

We are sufficiently concerned at the problems with a large percentage of the dogs that we deal with that can be linked to a certain type of pet food that we have been prompted to write this page. One particular brand alone appears to be responsible for in excess of 80% of our behavioural cases and it is interesting that when the diet is changed to a more natural product in most cases the behaviour is modified, sometimes eliminated altogether.

Chemicals are added to food to change its colour, preserve it, prevent rancidity, keep fats emulsified, and foods stable, giving it a longer shelf life. Most of the chemicals are synthetic compounds, many with known negative health effects. But more importantly, we don’t really know what the long-term consequences of consuming such large amounts of additives are. E-numbers are food additives approved for use in the European Union. The fact that they are “approved”, does not mean that all those substances are safe – especially not in chronically high doses. These chemicals are used to disguise the poor quality of the raw materials that constitute the nutritional component of these products. The colour dyes are added to appeal to the human owner, whilst we know that dogs’ perception of colour is minimal.  It is designed to appeal to humans, with its cute little bone shaped biscuits (fed to dogs that have probably never even seen a bone).

It goes without saying that some dogs, as with humans, appear to have a cast iron constitution and tolerate the ill effects of synthetic chemicals more easily than others, at least for a limited time. However, would you want to run the cumulative risks presented by ingestion of additives with known ill consequences?

Three years ago I wrote to the manufacturer of the food shown giving them our data and expressing our concern. We thought they would be interested but disappointingly I received a ‘one liner’ dismissive reply showing no interest whatever in our findings.

We publish a list below of ‘E’ numbers, all used in this product and others like it together with other questionable ingredients, and  invite you to ask yourself whether you would want to be feeding it to your dog.  At the bottom of the page we have included a list of the foods that we prefer to feed the dogs coming to us, healthy alternatives which you may like to consider.

The following food colourants have been shown to increase hyperactivity in children.

Derivatives of Vegetable Origin  – a term used on a lot of pet food labels. Used to describe all manner of vegetable by products from any vegetable, cereal, legume and/or oil seed. No particular vegetable is specified as this will allow manufacturers to use the cheapest available at the time. Cheap protein sources such as soya are also often used instead of meat in many pet foods. They are hard to digest and much less suitable than real meat protein.

Because it is impossible to know what ‘derivatives of vegetable origin’ refers to, it is usually best to assume the worst and treat it with caution. This is particularly important if your dog is prone to dietary intolerance as identifying and eliminating problem ingredients is impossible unless you know exactly what you are feeding.

The main problem is the fact that it doesn’t specify what type of meat it contains, allowing pet food manufacturers to use any part of any animal to make their food.  Meat by products are generally obtained from the most undesirable parts of the animal such as head, feet, guts and are lacking in nutrition.

Like other vague terms, ‘cereals’ does not define exactly what is in the food – it could be wheat, barley, oats, maize or other cereals. There is no way of knowing which are being used, and as some cereals are healthier than others, and others can cause intolerances and allergies; knowing which are being used in your pet’s food is very important. Wheat for example is high on the list of allergens for westies as well as other breeds, and it is generally wise to avoid a wheat based diet. 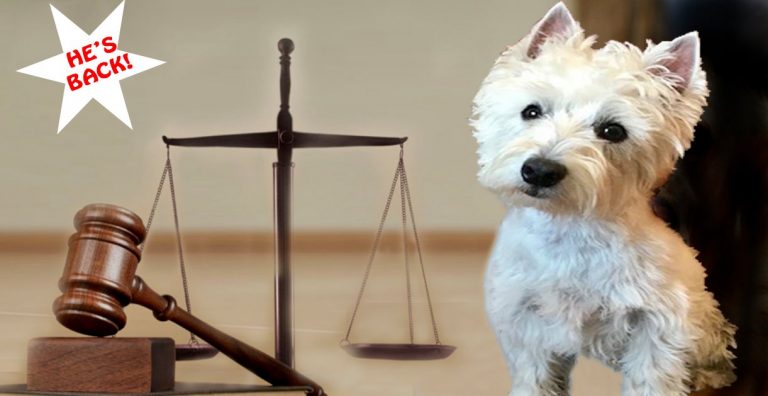 30th of December, 2016 – Looking ahead in 2017 (Have you ordered your Kennel Club Breed Rescue Calendar with Westie ReHoming’s Missy as ‘Miss January’? Only £5 to help KC Breed Rescues http://www.thekennelclubshop.org.uk/products/breed-rescue-calendar We received an unprecedented number of enquiries and requests for help in 2016 which must reflect the growing crisis in rehoming. We…

10th of March, 2014 – A brilliant and successful day for the Westie ReHoming Team Stand The Westie rehoming stand had a very busy time at Crufts. It was lovely meeting all the people that came up to enquire about rehoming a Westie, about Breed Rescue in general and to meet our beautiful westies, Frosty,…

Mother and daughter Sharon and Dionne who are fortunate to live on the Isle of Wight are the originators of IOW Westies, a social group for westie lovers on the island. We were delighted when they approached us recently to say that they would like to do a ‘Westie Walk’ along the beach at Ryde… 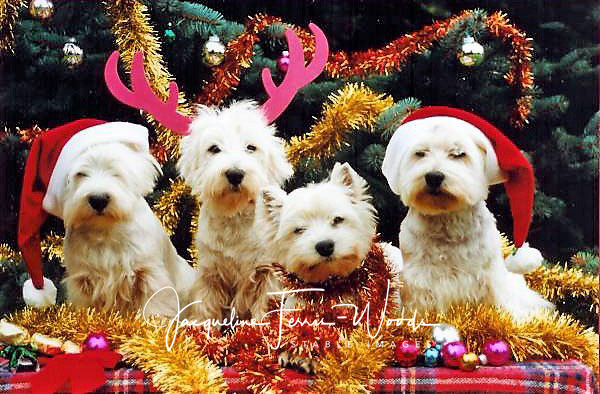 CHRISTMAS WITH YOUR PET The festive season is upon us and the excitement is slowly gaining momentum as we prepare for this fun filled time of the year. Everyone wants to enjoy the holidays without any hiccups so here’s a few things to consider over the next few weeks before the celebrations begin. Christmas can…

Homechecking; Due to the number of dogs needing help at the moment, and the beginning of the holiday season we need more volunteersto help with all aspects of rehoming, but fosterers in particular. Now that we are officially in a ‘double dip recession’ the situation can only get much worse as all rescue organisations are…